Prominent Nigerian singer David Adedeji Adeleke, better known by his stage name, Davido, has said that his upcoming single would become the biggest song in the country when it his released.

The singer who runs Davido Music Worldwide (DMW) made this known on Thursday during a joint interview with artistes signed to his label.

Speaking on Cool FM, Davido revealed that his upcoming single, which will be released on April 30, will be the “biggest song in the country.”

He said the song is called ‘Assurance’.

“I’m dropping a single on the 30th of April. It’s gonna be the biggest song in the country. It’s called ‘Assurance’,” he said on the programme.

The DMW boss alongside Yonda, Peruzzi, Fresh VDM who are other members of the record label were at the radio station to promote their new song titled ‘Aje’.

He also revealed that Aje is the lead single of a collaboration album which features other members of the label, including Dremo, Mayorkun, Idowest, DJ E-Cool, and Ichaba.

The album is reportedly slated to be released in June in collaboration with Sony Music Africa. His own third studio album, Davido said, will be released in September.

The artiste signed to Sony/RCA spoke about his friendship with DJ E Cool, who he said he has known since the age of 11.

“Me and E-Cool, we grew up in Atlanta together. You won’t believe when I was 11 running around in Atlanta, this guy used to block me from parties. He won’t allow me to enter,” he said. 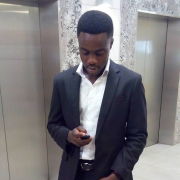 Women are disturbing me – Kelvyn Boy